How can you reduce the effect of pepper spray?

This is a great question, but the answer is really more important for the person using pepper spray to protect themselves than it is for the person being sprayed.

It is also extremely significant when choosing your spray delivery system.

That said, the best way to reduce the effect of pepper spray is to hold your breath and close your eyes before it hits you. Holding your breath is the most important part. 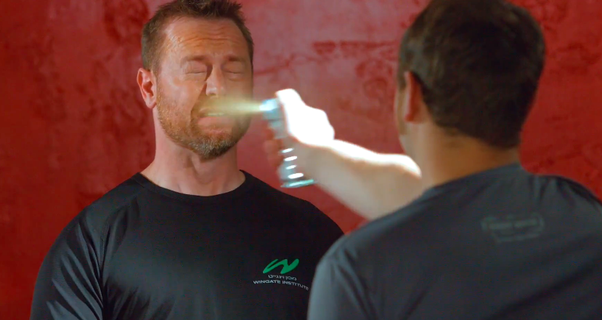 The following informational account of a real event illustrates this best.

I once received a call from a large law enforcement department’s head of OC training who was absolutely convinced we were putting something other than pepper spray in the TigerLights. Why did he think this? Because their department-issued spray, the best they could find, had a documented “stop rate” below 50%.

Pepper spray is usually between 50% - 70% effective at stopping a violent individual. They attributed the lower results to the high use of the drug PCP by criminals in the area. The PCP pretty much turns off their pain receptors and they simply are not stopped by what would otherwise be extreme pain and discomfort.

However, many of their deputies had been using TigerLights for more than a year and a half without a single failure to stop, after many uses. So, why was Joe calling me now, after all this time? What was he worried about?

The night before he had witnessed the “stop” of a guy on PCP who had beat another guy nearly to death in a fist fight. When they went to arrest him he jumped up on top of one of the patrol cars and said, “Come and get me mother f————-!”

Joe watched a deputy, about half this steroid-enhanced guy’s size, calmly walk up to the subject who was towering above him and with TigerLight in hand said, “Sir, get off the vehicle. You are under arrest. “F— U” was the response.

“Sir, if you don’t get down off that vehicle I’m going to have to hurt you, real bad.”

Joe explained that the scene was almost comical, sort of a David and Goliath type scenario. When they guy leaned forward with intense aggression and began to repeat his mantra, there was a SWOOSH sound and the guy’s feet flew out from under him, landing him on his back on the edge of the car and to the ground, gasping for air.

Once he was suitable for transportation they put him in Joe’s car and all the way to jail he kept yelling, “What was that? That wasn’t pepper spray!” He repeated this over and over. Joe got concerned that if it wasn’t pepper spray that was approved for use by the department, they could get into serious legal trouble and he would be the one they came to for an explanation.

So, he checked the history and found that there had not been a single failure, making TigerLights over two times more effective. He thought, “ How could that even be possible? They must be adding something.” So, he called up.

I pointed out that he had the MSDS from the manufacturer of the spray and the reason it was so much more effective was because those guys on PCP did not see it coming like they did with a can of spray, so they did not have time to close their eyes and hold their breath and were being “choked out” rather than “punched out.” Although he had been the head OC instructor for over 17 years, he had not considered this because he had never experienced it, which is why people have a hard time believing that having a TigerLight is not the same thing as having a can of pepper spray.

I have had it both ways and I can tell you there is absolutely no comparison. Both the physiological and psychological effects are dramatically more intense, resulting in FAR greater effectiveness and a much more miserable experience for the person being sprayed. If you can’t breath, you can’t fight. That’s why guys can pound each other in the face for five rounds, but a few seconds in a choke hold and it’s over.

Therefore, the best way to reduce the effect of pepper spray is to not get sprayed by a TigerLight. If you do, LOTS of cold water initially, gradually transitioning to warmer water with mild soap and back to cold water seems to work best. 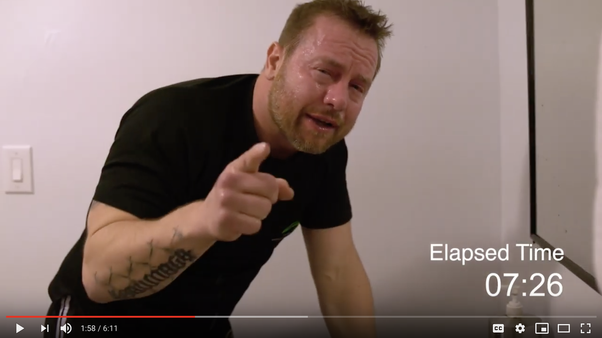 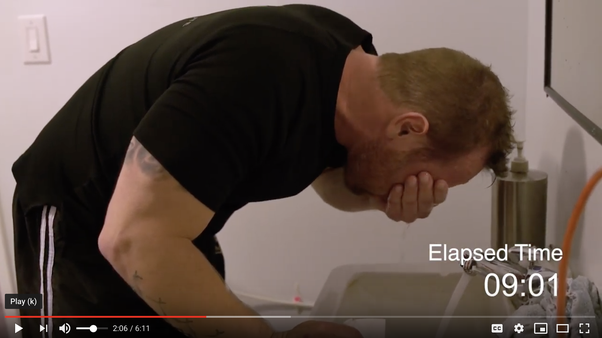 Essentially, you are trying to get little tiny particles of the pepper, out of the pours of your skin.

If it is winter, the cold air also helps reduce the pain.