How to stop a Violent Attack when weapons are banned in your city?

That’s a good question. Since I’ve been asked, I will give an answer.

However, the device I will refer to does not technically qualify as a weapon and does not meet the definition of a weapon. Nevertheless, in the spirit and intent of the question, I will state briefly why I and many others consider this the best all-round self defense “weapon” or device there is.

There are many possible responses. Walking sticks, dogs and others options are certainly to be considered. There is nothing that is perfect in every situation, so everything has its pros and cons in various situations.

However, here are some things we considered of utmost importance when developing the D.A.D.® by TigerLight.

1. Will it be in your hand at the time of a violent attack?

In other words, is it something you are likely to have actually in your hand while walking, jogging, hiking, biking, walking to and from your car at work, at the mall, or other events? How about while traveling on business, going to your hotel after dinner in another town, or sight seeing. 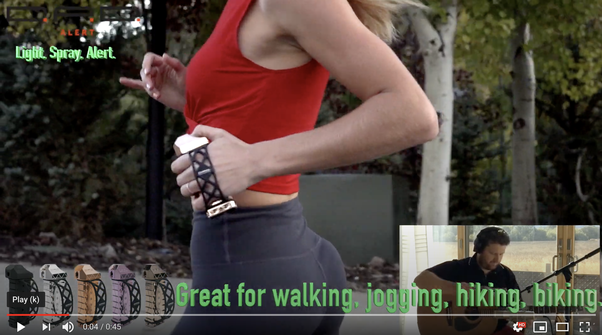 2. Will it stop both animal and human violent attacks?

Although not large enough to be considered a grizzly bear deterrent, various TigerLights have been reported to have been effective in animal attacks. 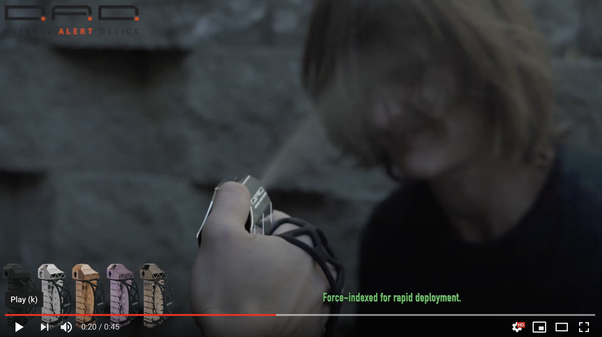 3. If the attack is sudden and violent, whether human or animal, will you be able to respond with incapacitating force, in a split second?

Obviously, if the device is in a holster or pocket or purse, or is on a key chain, has a safety on, requires repositioning or any kind of manipulation or fine motor skills, it is highly unlikely to be useable in a sudden, violent attack. It must be “force indexed” and instantly deployable without the use of fine motor skills. Each of these considerations is, on it’s own, very important.

4, If the device meets all the criteria above, will it also remain in hand and in firing position in a sudden, unexpected, violent, physical attack?

If the attacker punches you, tackles you, grabs you from behind, or jumps on you and takes your arm, leg or head in its mouth, will you still be able to apply incapacitating force or will you drop the device on the ground, rendering it useless? 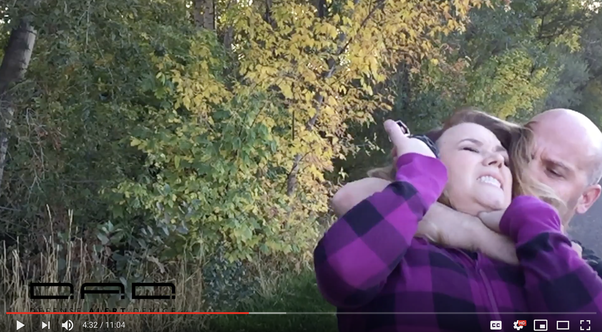 5. If all four of the above criteria are met, will it actually be able to stop the violent attacker with non-lethal, incapacitating force?

The way in which TigerLight uses chemical deterrents, such as pepper spray, in its devices, has proven to greatly enhance actual effectiveness. Due to the stealth nature of delivery, it actually dramatically increases its ability to incapacitate the attacker, especially the drug impaired attacker due to enhanced respiratory impact. We do not know if this applies to an animal attack. We only know that customers have reported TigerLights (Series II) stopping an attacking cougar, a T100 stopping a black bear and a Series I stopping two pit bulls and a D.A.D. stopping a violent human attacker.

I carry my D.A.D.® 2 with me everywhere, especially while mountain biking. The flexible neoprene hand strap enables me to have it on my hand, able to pull off the handle bar and fire instantly, with zero manipulation or repositioning. I can ride over the roughest terrain, even over jumps, etc.. 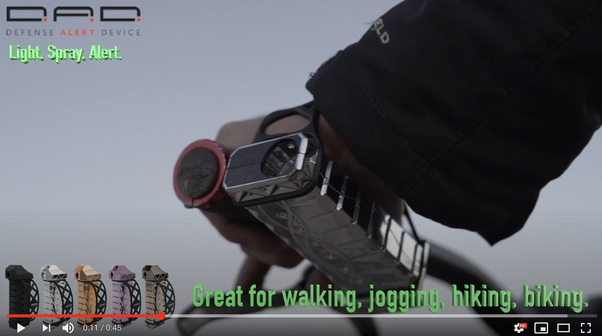 Now, we do not have a lot of experience with mountain lion encounters, but evidence indicates it’s likely to give me a much better chance of surviving such an attack. It gives me much greater peace of mind when I’m in their territory or my wife is on her daily hike with her girlfriends every morning, in those same areas. The more of them who have a D.A.D., the safer they all are and the better I feel.

6. One last and very important feature we added to the D.A.D.® 2 is its award winning Bluetooth/GPS Crowd Alert and Danger Alert technology, giving you the possibility of alerting people who are in the best position to help you should you need help. 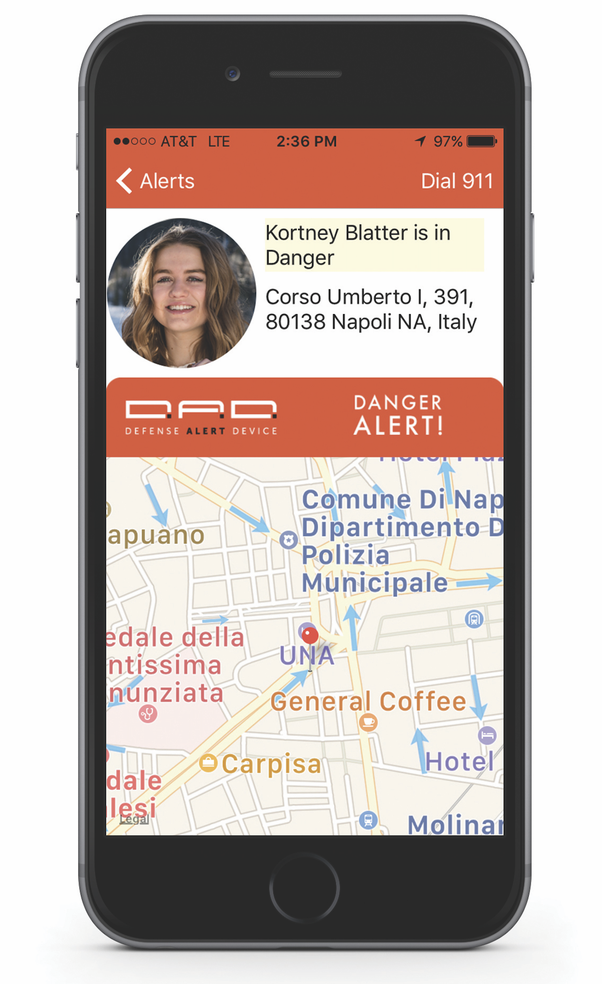 This device has rightfully been featured on over 60 News broadcasts wherein various experts in self defense were brought on to Fox News, Inside Edition, ABC, CBS, NBC, Dr. Oz, Dr, Phil, Washington’s Most Wanted and many others, to give advice as to how to protect ourselves in light of various violent attacks that made the national, international or local news. At least six different experts pointed to the D.A.D.® as their device of choice during all 60+ broadcasts. Most of them referred to other possibilities as well, but every one stated that the D.A.D. was, by far, the best because of all the above attributes.