Quora Question: What’s the best self defense weapon you can carry around (excluding guns, knives/machetes)?

I posted some of this several years ago, but the answer is still the same, although the product has enjoyed significant upgrades since then.

The New D.A.D.® 2 by TigerLight has capabilities never before possible, thanks to Bluetooth/GPS technology combined with a powerful, innovative app for iPhones and Android phones and the most powerful hand-held, non-lethal defense technology in existence, at any price. 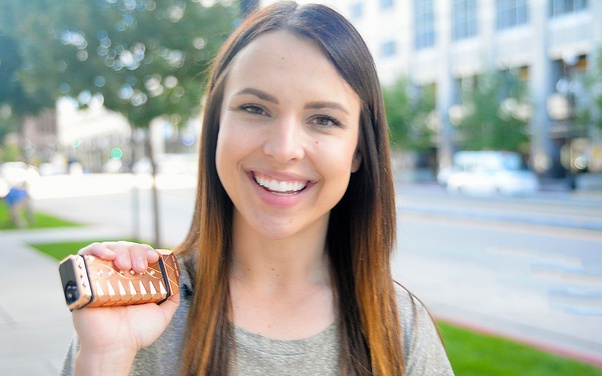 Using a uniquely effective, patented design including a Bluetooth chip, blinding light and military strength chemical agent (OC) originally developed for police and military operations and extensively tested for human effects at Aberdeen Proving Grounds and on the street, previous TigerLight® Non-Lethal Defense Systems were the basis for the development of the D.A.D.™ (Defense Alert Device). In actual field tests, previous TigerLights yielded the highest documented “stop rate” in the world at 96% without injury to the subjects. See Report On LASD Study at Non-Lethal Weapons - Self-Defense Weapon - Tigerlight or request a copy.

In 2012 TigerLight, Inc. delivered a White Paper to the U.S. ARMY for the development and possible use of a TigerLight® that included, among other capabilities, real-time signal transmission from the device, sending the GPS location and real-time video to remote command posts.

Michael H. Teig, TigerLight CEO, began work on a non-military version that his wife and seven daughters could carry and operate. It would not only have the non-lethal stopping power of previous TigerLights, but would be smaller, lighter, stunning in appearance, inexpensive, very comfortable to carry, unrecognizable as a self-defense device and able to send “I’m In Danger” alerts to those able to respond the fastest.

That capability to send an alert to anyone within a mile who has the D.A.D.™ app, regardless of whether or not those people are in the sender’s app contacts, makes this device the most important device in the history of personal and public safety. is a capability referred to as “Crowd Alert™.” Crowd Alert™ gives the user the ability to directly contact hundreds, even thousands of individuals who just happen to be in the area. One little push on the button of the device sends an alert signal from the Bluetooth chip in the device to the user’s cell phone app that they have on their person. The app on the cell phone then distributes the “I’m In Danger” alert via the app, to the text, email and app of anyone in the app contacts at any distance, but more importantly, to anyone with the app via Crowd Alert™, if that person is within a one mile radius of the person in danger.

The photo, name and location of the person in danger is seen by potentially hundreds or even thousands of people on their cell phones who are in close proximity to the person in danger or needing help for a variety of reasons. The people receiving the alert have essentially agreed to be “first responders” if they happen to be in the area when someone in danger sends an alert.

Imagine a student walking to her car and she is approached by someone with ill intent. She shines the light at the bad guys and discreetly sends an alert to 5,000 students who are very close to her location, many of whom saw her just a minute or two before. 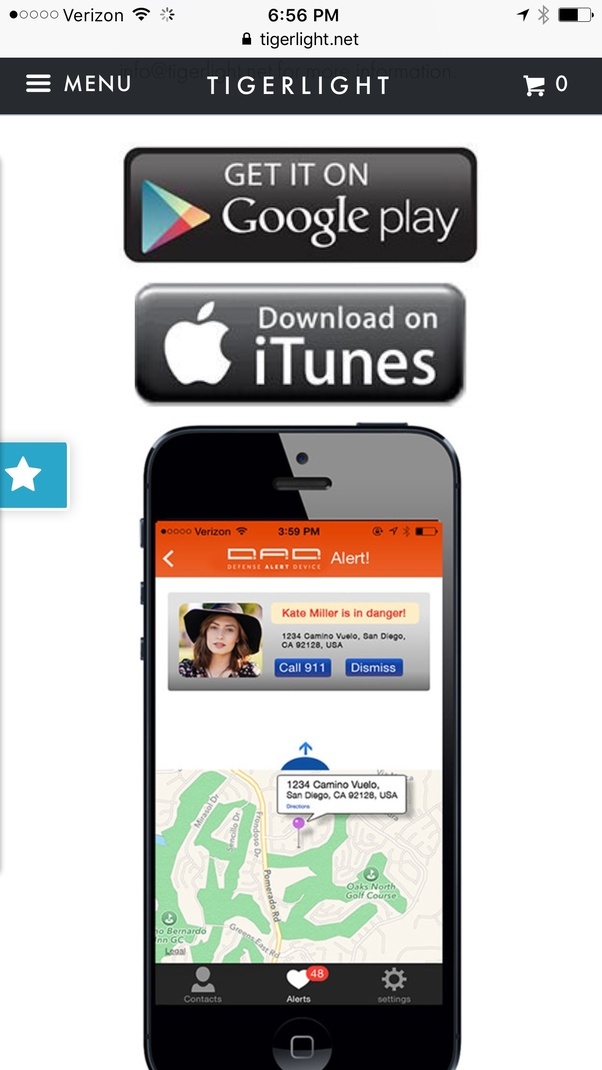 Hundreds of students, including campus security, run to her aid. If she needed to use the non-lethal force provided by the device, she will have done so and the individual will likely be incapacitated when people “first responders” begin arriving. Not only is she able to stop an attack or potential abduction, but 100 people, many with the same device, others with the app only and others still with neither the device nor the app but who received the alert via text and email because they were in the girls D.A.D.® 2 app contact list, can be there within seconds.

These potentially massive numbers of “first responders” will not only put fear into the minds of criminals, but those criminals will be far less apt to get away to commit the same crime against someone else. Never before has the public had access to such power to protect each other. See more attigerlight.net