How Can You Be Safer In Public?

Of course, there are all the usual recommendations that do, in fact, have a significant impact on your safety in public.

Obviously, trying not to be alone, staying in well lit and higher trafficked areas and avoiding areas you know are dangerous, are key factors. Understanding what situational awareness is and following your instincts are all important. If it does not feel right, change your course.

However, criminals are very unpredictable, just like animals, so one can do everything possible to “stay safe” but if a predator targets you, they become oblivious to surroundings for a whole variety of reasons and attack without concern for the consequences.

For example, who would imaging a person attacking and raping someone inside a Cinemark movie theater, then it happening again two weeks later in a different state? Who would think a guy would grab a stranger waiting at a bus stop in the middle of the day on a busy street and drag her into nearby bushes and rape her? Who would think an armed women would get attacked and raped in an open air parking lot between two cars in downtown Salt Lake at 4:30 p.m. on a nice sunny day with hundreds of people within site?

So, how do you prepare for such unexpected behavior when all the other precautions are taken, or maybe you are forced into a dangerous situation because your car breaks down or you miss a bus or you had to stay late at work?

Many people’s first response would be , “Get a gun.” For a very small percentage of situations, a gun would certainly be the best solution, if you are properly trained and of a sound mind. However, there is a reason only 1 out of 101 use-of-force cases in law enforcement are lethal force. Most assault situations do not merit or require lethal force, so not having a non-lethal option, even if you carry a firearm, puts you at a disadvantage, not to mention the many other reasons a gun might not be an option.

With the above considerations in mind, I will suggest what in-depth studies have shown to be the most effective non-lethal solution. Of course, you expect me to say it is a TigerLight simply because I’m the President and CEO of TigerLight and it’s my “job” to promote them. Nevertheless, I could not say what I’m about to say if it were not a proven fact. That fact is, as you may already know, TigerLights have proven to be the most “effective” non-lethal option for stopping attackers. Nothing else even comes close.

You might wonder what “effective” means in this context. Well, the studies measured a lot of things like ease-of-use, likelihood of use, use under stress and more. However, the statistic that most people would probably look to first would be its “stop rate.” What does stop rate mean? It means that percentage of incidents in which the attacker was incapacitated to the point that no further force was required. For TigerLight, the lowest stop rate it has had in a study was an astounding, unmatched 96% in the LASD Study. This is absurdly high for a non-lethal device. Of course, TigerLights are not even classified as “weapons” and rightfully so, but that is a whole different discussion, one to have with Facebook and Google.

The most important factors are these:

The TigerLight, D.A.D.® 2 meets all these requirements and more. It was voted by Bluetooth to be one of the Top 20 Most Innovative devices in the world, not only because of the things mentioned above, but also because of an advanced, proprietary Bluetooth/GPS Crowd Alert system that 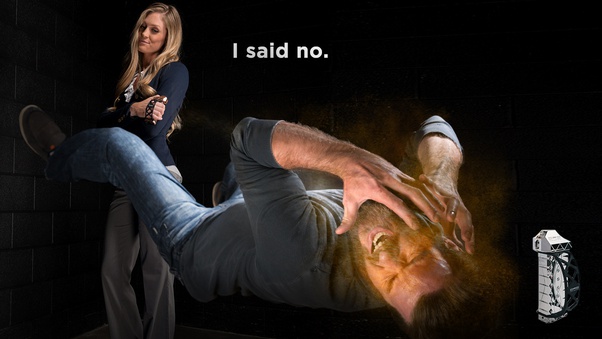 can get help faster and most efficiently than anything else on the market and do so actively or passively, as needed.