Quora Question: Has anyone ever used a tear gas pistol that has a payload of less than 2 oz for self defense? If yes, your opinion please.

We typically use a 2 oz. canister in the larger TigerLight used primarily by police and military as they are more often using it against multiple subjects and may need to use it more than once in a single shift.

However, the D.A.D.® 2 which is designed primarily for civilian use, has a much smaller canister which has already proven to be highly effective.

The vast majority of attacks on civilians and those on officers are initiated from close proximity and the spray is deployed when the attacker is very close, resulting in a spray that is in the 1–3 foot range, or less.

By far, the more important question is whether you will have it in hand, ready to react in a split second. By the time most civilians realize they are being attacked, physical contact has already been made. So, not only is having it in hand absolutely critical, keeping it in hand, indexed in the right position, is equally critical. 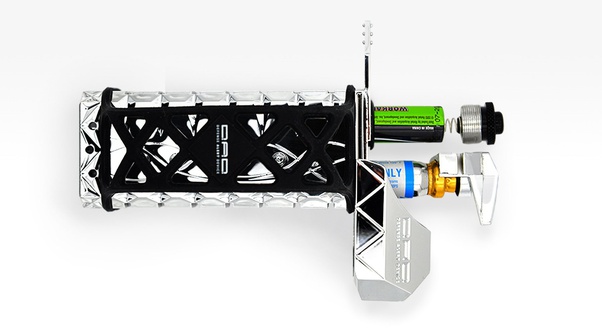 With the small canister in the D.A.D.® 2 you could spray 7 or 8 separate people with plenty of spray to incapacitate every one of them, so canister size is way less important than most people think, unless you are dealing with riot control or a charging grizzly bear. In those cases, a larger canister will be advantageous.